Do You Know What Happens at 243 Stafford St. Worcester? 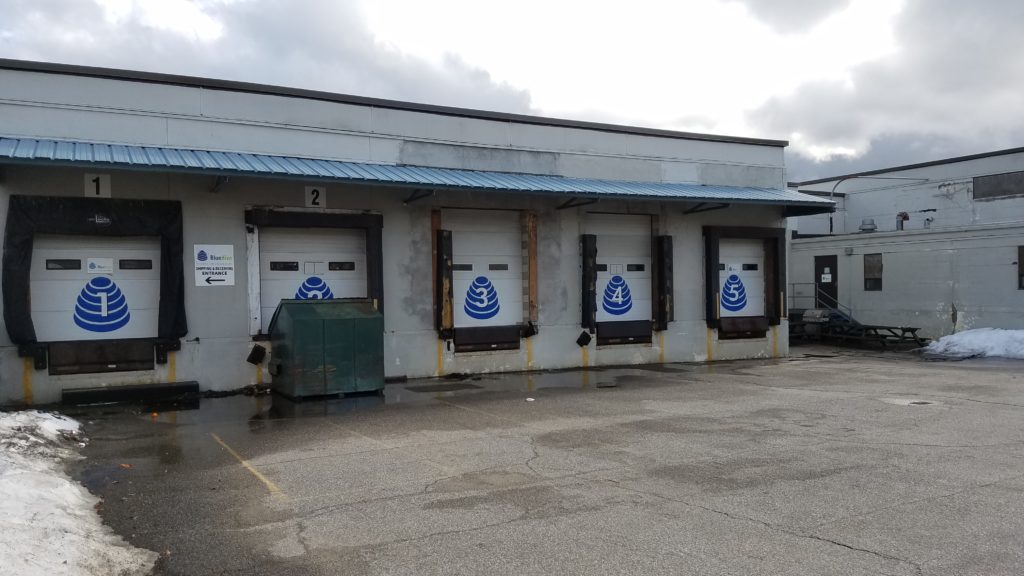 If you’re from Worcester, you’ve probably driven by this building on Stafford St. a thousand times. Maybe you’ve even wondered what goes on in that building whose garage doors are adorned with those blue beehives. Well today, after reading this blog, you’ll know exactly what goes on in the building at 243 Stafford Street.

As those in the exhibit industry know, we (BlueHive) create jaw-dropping environments that immerse trade show attendees in awesome at exhibitions across the globe.

But the work doesn’t stop once the exhibit has been constructed, it’s only just begun.

Before a trade show booth is shipped to a show’s respective location, it’s inspected within the warehouse to ensure that all components utilized in that booth are included. This means that all crates (within which trade show booth components are stored) being shipped are properly and thoroughly inventoried and that all components of the booth are inspected to ensure each singular piece (of which there can be thousands) of the booth is at top-notch quality 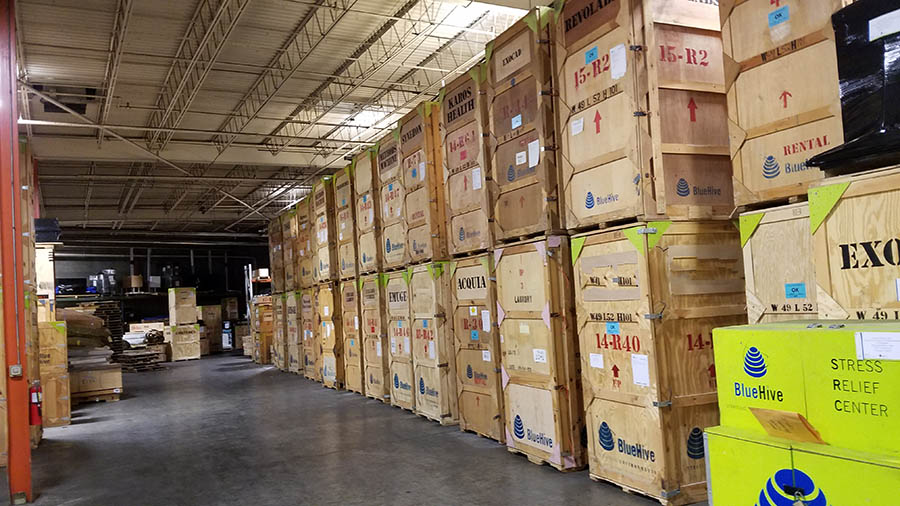 After the show, if the booth is a custom-built, client owned structure, the exhibit must be stored until it is needed once again at the next trade show outing. But before the exhibit components are put away into storage, the components are inspected by our warehouse team for damage caused either at the show or during shipping back to our warehouse. Damages are accounted for and repaired and missing booth components are replaced. 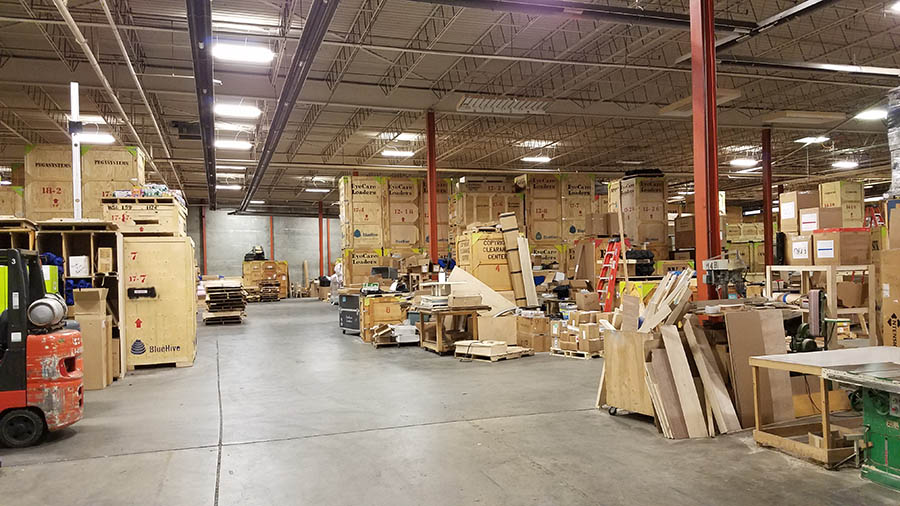 After working their mending magic, warehouse workers give the crate in question a blue sticker, signifying that the crate (and the components stored within it) are ready to ship when the trade show halls call once more.
All this happens within the building at 243 Stafford St., Worcester, behind the garage doors adorned with those blue beehives.
The mystery of 243 Stafford St., Worcester, MA, is solved. ? ? ?